The new film in the Left Behind saga has already been filmed and has a release date.

The film is entitled “Left Behind: Rise of the Antichrist” and tries to offer a new perspective on the biblical prophecies of Revelation. Paul LaLonde, screenwriter and producer of the fourth installment of this film saga, stated in an interview that he believes that the end of time is near.

The film will be released on January 26, 2023. Paul expressed that the film is based on a true application of the prophecies of the book of Revelation.

He also spoke that unlike the 2014 film, starring Nicolas Cage, which sent a message beyond the church, this new one focuses on taking a message to the people of God, so that pastors and believers can awaken , since many are forgetting that we really are in the end times.

I think people are not seeing that we are in the last days because they are looking for the wrong things. But we live in a world where all this can happen like this. We are living in the days of Noah. We have unlimited seats in our ark. 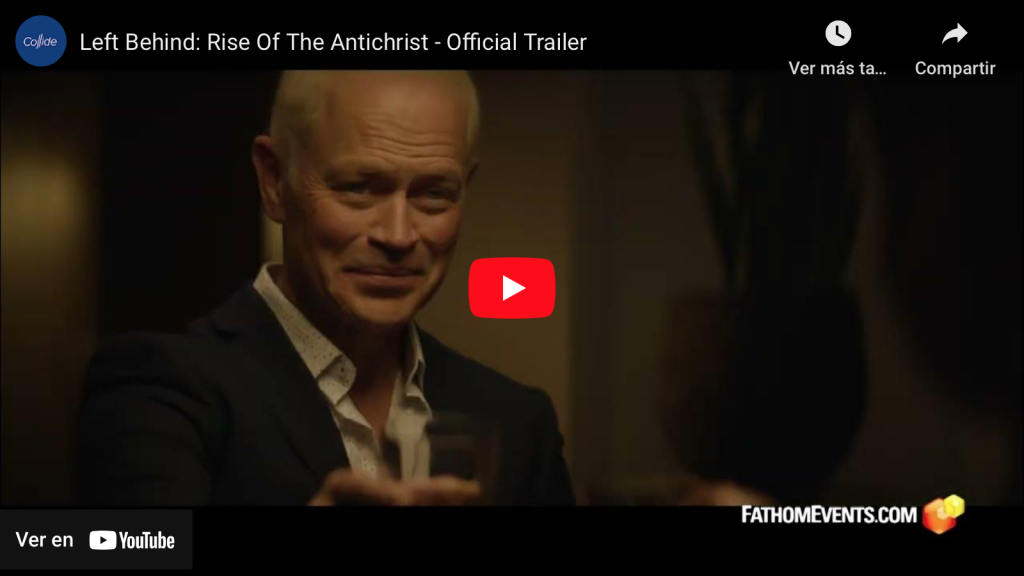 ...
Watch The Chosen Season 3 Trailer
Series about Jesus "The Chosen" Available on Netflix