Getting likes and views on social networks seems to have no limits. From dangerous challenges to implanting things in her body to attract attention, as is the case of a satanic TikToker who implanted a pentagram in her hand and got 12 million views.

The TikToker Dez Firefly went viral by uploading a video to the platform in which he shows the process of implanting the pentagram in his hand. According to the influencer, the implementation process lasted about four months. Some followers were curious as to whether such a process was painful.

What he has in his hand is not a simple star, it is a pentagram, as a sign of worshiping satan, and this is demonstrated in several of his videos, where he worships satan through his tattoos. Example, in the description of the video he placed the phrase: “Ave satanás” (hail satan), which is used in contradiction to the term “Ave Christi”.

Her cult of Satanism is expressly open on her TikTok account. Let’s see below the video that showed her users how the implant was evolving over the months: 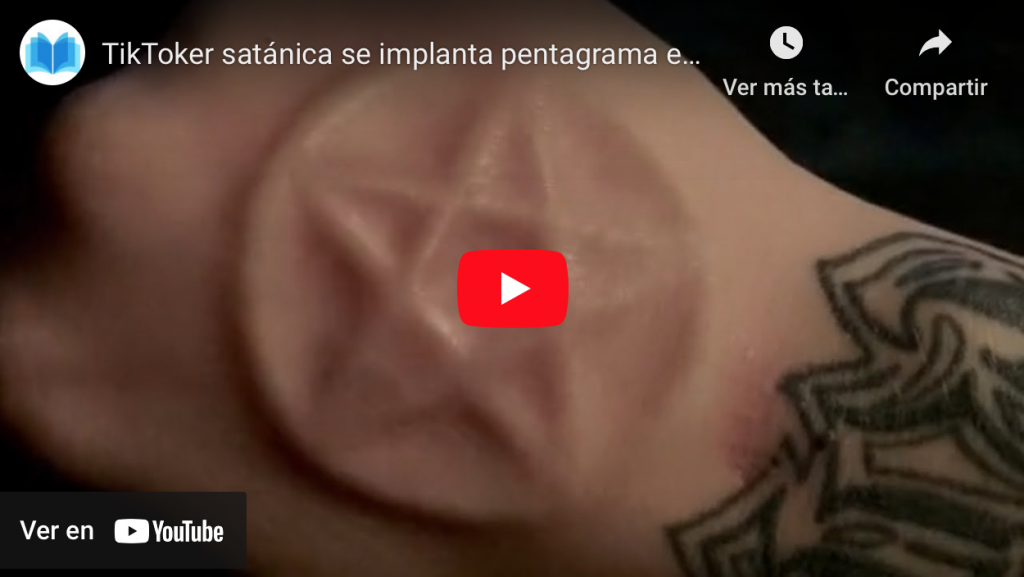 ...
Christian singer brings the judges to tears on America's Got Talent
This Halloween movie could cast spells on kids through the screen, says Christian mom