This Halloween movie could cast spells on kids through the screen, says Christian mom

Halloween is approaching, therefore, most platforms are releasing an arsenal of terror in honor of that day, both in content for adults and children, although of course, Halloween content for children tries to make it look ” innocent”.

Recently released in theaters and on digital streaming, the movie “Hocus Pocus 2 -Abracadabra 2” and a mother of three named Jamie Gooch from Texas says that because of the exaltation of witchcraft in this film, that will let all hell break loose on your children and home.

Gooch’s point, as she explained to a television outlet, is that she has seen how what is presented on the screen influences the real world. She also says that people think this is fake and innocent, but they could be using the screen to cast spells on the real world.

The concerned mother, in her interview with the KWTX medium, was also explaining that such concern comes from being a mother very devoted to her children, and that about five years ago in her family they stopped celebrating Halloween.

Let’s take a look at this post Gooch made on his Facebook page on September 26 against the aforementioned film:

Mothers, I feel a strong conviction to share a few words with you… As mothers and wives, we are the guardians of our homes. Which means that everything we allow in has a rightful place to reside and grow there because we have given it permission, be it good or bad; fruitful or rotten.

With the release of ‘Hocus Pocus 2′ approaching, I wouldn’t be wrong to sound the alarm and warn you to protect your children. What is really going on when we watch these movies? What are we submitting our minds to? What are we welcoming into our families’ homes?

Satanic panic is ancient history and modern witchcraft has fully emerged from the proverbial broom closet, legally recognized and accepted as a spiritual path and religion. Pentacles appear on gravestones even in veterans’ cemeteries. Prison chaplains host Wiccan circles and Satanists openly fight for religious equality. Occult practices, such as tarot, are now openly practiced by teenagers from all walks of life and all religions.

What do you think about the publication and words of the worried mother about Halloween? Leave your opinion here in the comments, it is very important. 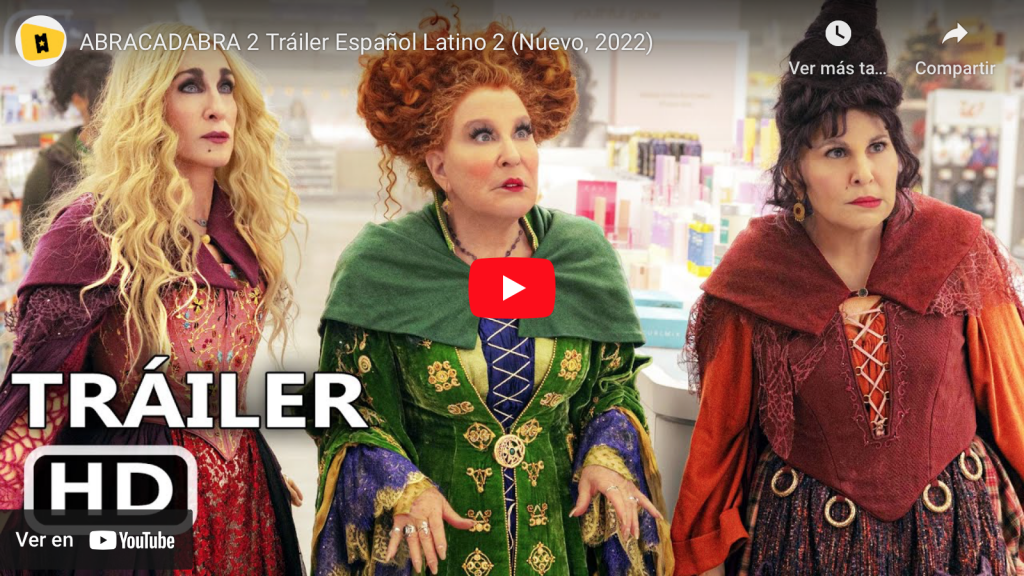 ...
Satanic TikToker implants pentagram in her hand and gets 12 million views
See how this cop exalts God in public