Listen to the song “How great is God” in Hebrew

“How great is God” is a song that speaks to us of the greatness of God, of how His Name is above all names, and it is a blessing to know that this wonderful song is found in various languages, even in Hebrew thanks to the interpretation by Joshua Aaron.

Joshua Aaron is an American-Israeli independent singer-songwriter who has received several music awards. He lives near the Sea of Galilee with his wife and children. His songs “Hoshiana” and “You Are Holy” led him to win two independent music awards in the year 2012. He also achieved #1 on iTunes in the “world” genre with the album “Every Tribe”. He has also achieved first place in three Amazon categories.

So, then join us in telling God how great He is, but in the Hebrew language: 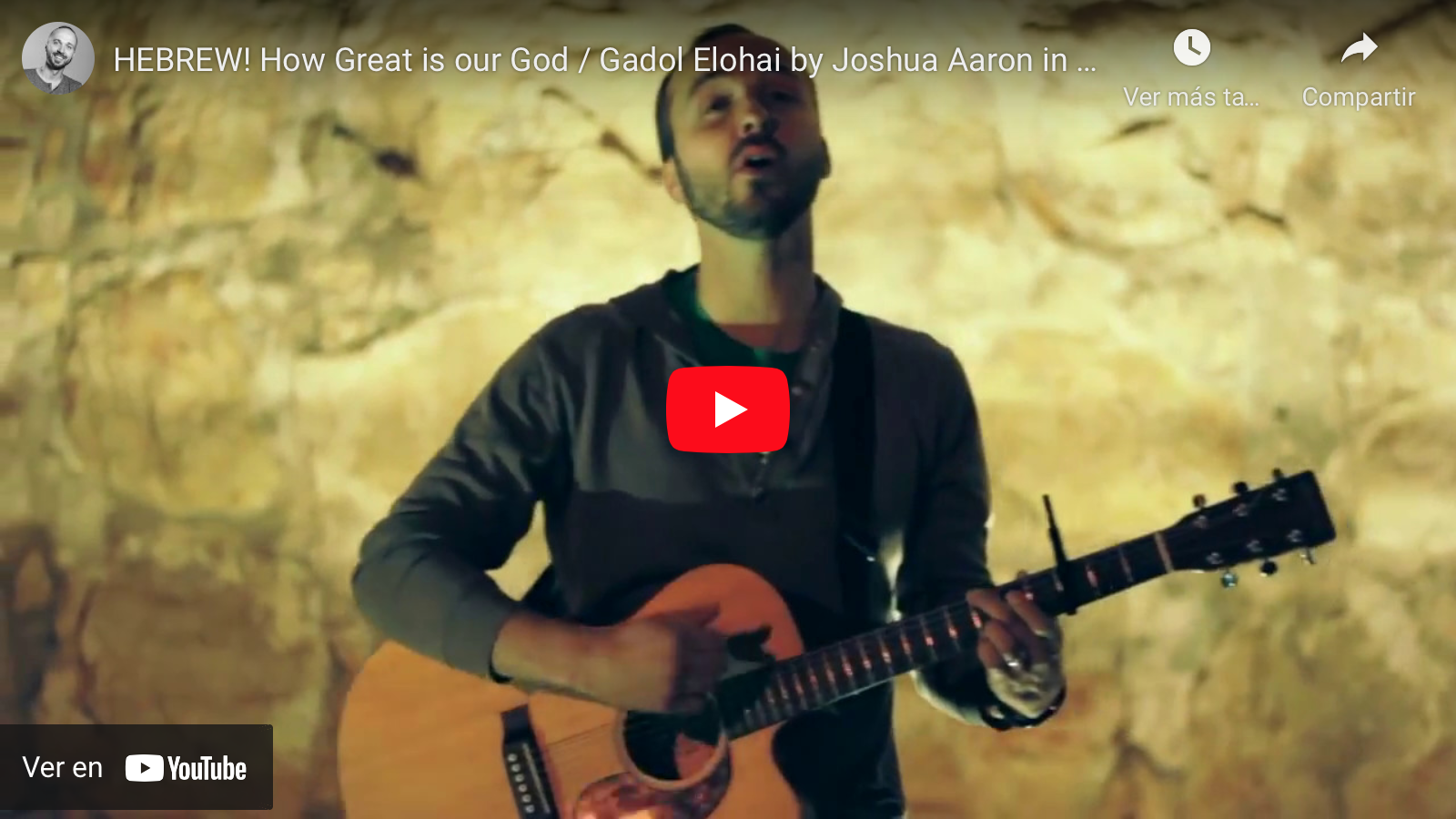 ...
A song about God’s mercy
Listen to Thalles Roberto in Spanish
Music