Listen to Thalles Roberto in Spanish

Thalles Roberto is a renowned Brazilian Christian singer. He has achieved success in the Portuguese language, but this time he is in a new project in Spanish entitled “Thalles Acústico en Vivo en Colombia”.

The album contains 16 songs in Spanish and is represented by the Sony Music record label. Fifteen of those sixteen songs are Spanish translations of Thalles Roberto’s songs in Portuguese.

One of the songs, entitled “Tan solo una orden” was recorded with Alex Campos. The album was recorded only on guitar, with a live audience and in a good place to connect with people’s hearts, and this wish of the singer worked, because he later concludes:

And that’s what happened, the people singing all the songs, although it’s just a guitar and voice project, it has a lot of power, people participate, there is a very strong connection and synergy, just as I expected. An intimate reaction, as if I had been sitting in my living room ministering with the presence of God, as if I had invited a group of friends to be part of it.

At the time of writing this article, three songs from this project are currently available on YouTube: “Tan solo una orden” (ft Alex Campos), “Hazme vivir” and “Lleno del Espíritu Santo”. Click below to listen: 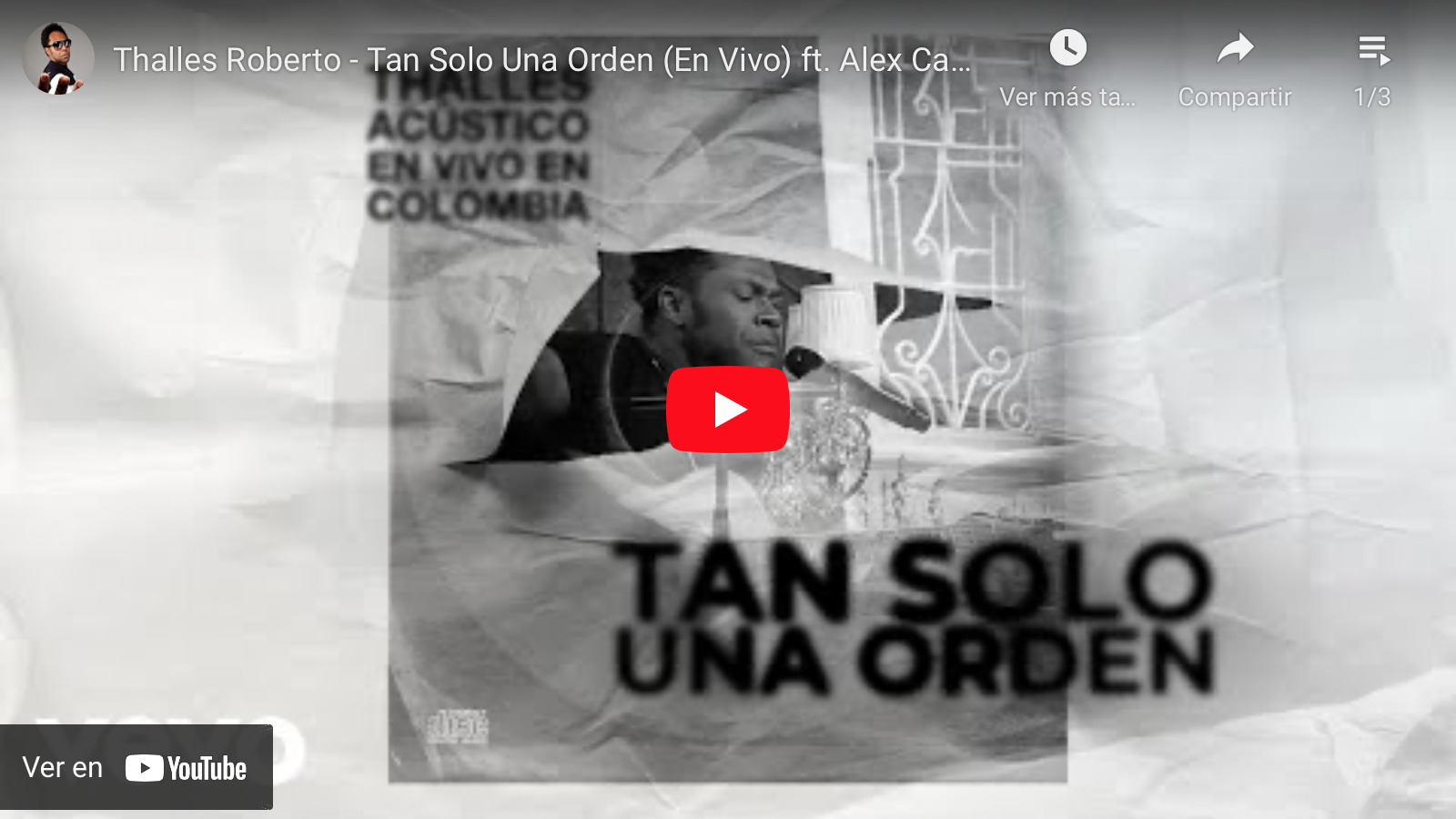