Lil Nas X mocks those who criticized him for his “devilish” tennis shoes by publishing John 3:16 tennis

There was a lot of controversy over the Satanic sneakers that singer Lil Nas launched. Said sneakers wore a verse from the Bible and a satanic symbol, in addition to what they say is human blood on the soles of the shoe.

These diabolical shoes made the Nike brand have to sue them and at the same time temporarily withdraw the new footwear, since Nike sees the footwear as an attack on the brand and its reputation.

As is normal, the singer has already learned of the multiple news where he talks about his controversial footwear and his Satanism. 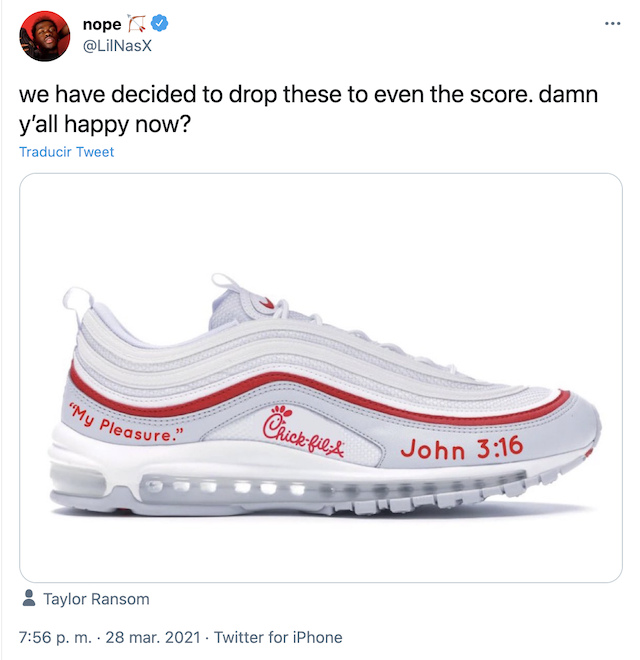 We have decided to release these to even the score. Damn, y’all happy now?

The singer did this in a mocking form, creating an image with a “Christian” version of the shoe, using the text of John 3:16, one of the most well-known verses in the Bible.

...
For the second time, singer Almighty is taken out of a plane
Order to recall "satanic" shoes
News