Match, the most popular dating app on the App Store and Google Play, has launched a controversial commercial showing a love story between Satan and 2020.

The ad is a collaboration between actor Ryan Reynolds (known for playing Deadpool and Green Lantern) and pop star Taylor Swift. The controversial commercial also shows a part of a new version of Taylor Swift’s song ‘Love Story’ from 2008.

Match’s commercial shows how the world falls into chaos and destruction when satan and 2020 meet and fall in love, making an allegory of how tough 2020 has been. While showing the ad on Twitter, Ryan Reynolds wrote “A match made in hell is still a match “: 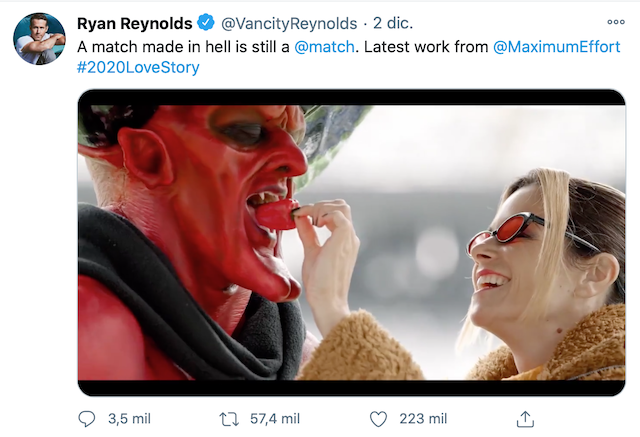 As of this writing, the video already has seven million views on Twitter, and the number of likes and retweets is increasing rapidly. Here is the video of the commercial so you can leave us your opinion: