The Netflix series titled Messiah, which featured a kind of Jesus Christ in modern times, will not have a second season.

Wil Traval, the actor who played Will Mathers in the series, shared his thanks through his Instagram account:

Today is a very sad day. I just received the news that there will be no second season of the Messiah on Netflix. I wanted to thank all the fans for their love and support. I wish and things had been different. 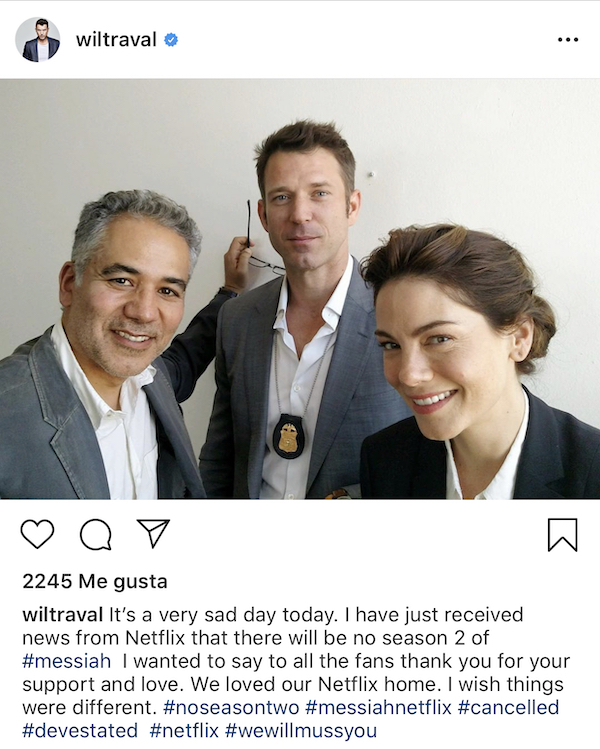 Although Netflix did not publish anything regarding the series’ views, sources say that Netflix did not feel safe to publish a second season, given the current pandemic situation, as the cast of the series is very international and has been filmed in different parts of the world.

...
Prayer asking for mercy in time of trial