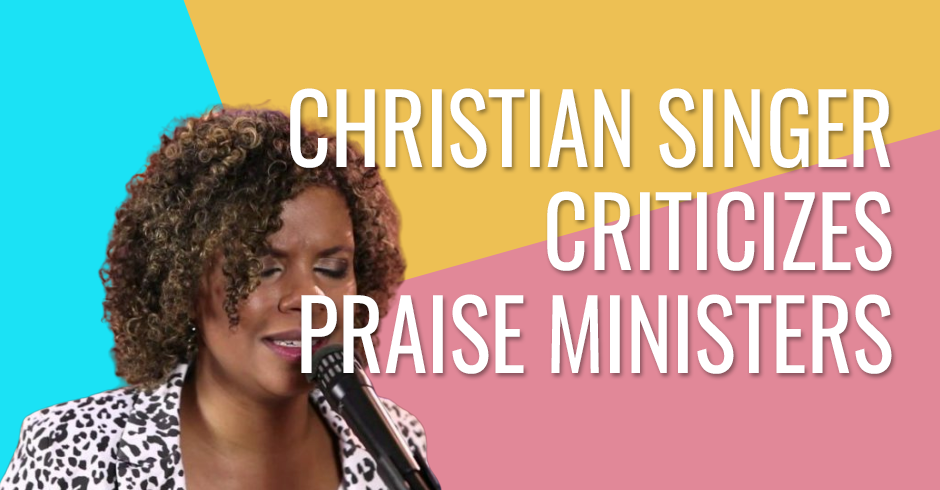 Nívea Soares is a Brazilian singer characterized by her discretion in social networks, since she never makes comments that generate controversy and has maintained her personal life in anonymity. However, she has recently surprised everybody when made strong statements about Christian singers who have forgotten that we should sing for the Lord, and have replaced the figure of Christ with their figure:

As praise ministers we are not called to entertain or simply sing songs (even parrots sing). Our mission as ministers of praise is to make it easier for the church to become aware of the constant presence of the Holy Spirit, have a revelation of the person of Jesus and the Father, and worship Him.

Familiarity with the presence of God is not gained on the platforms, but on a day-to-day basis, in secret with God, praying and seeking His word. Jesus only did what He saw the Father do, He only spoke what He saw the Father speak. We cannot be different from what Jesus was. John 8:38a “I speak that which I have seen with my Father …”

Nívea went on to say: Ministers who are like spiritual “orphans” feed, affirm and get drunk with people’s praise, while being destroyed by criticism. That shows lack of identity in God. Whoever seeks the glory of men does not know the love and affirmation of God. Spiritual orphan praise ministers produce idolatry and do poor service to the church, turning off the Spirit.

The Lord wants to cure the platforms in Brazil. That as children, we allow ourselves to be corrected by Heavenly Father. Let’s go back to the Lord! ”

It is good that a Christian singer speaks about it, because in these times we have slowly fallen into idolatry, gradually taking the figure of Jesus Christ from the stage and giving more importance to mortals. It is a shame to see how we are dragged by this, because we only go to some places to “worship God” because this or that singer goes, but we will not worship from the heart, because our worship should not depend on who is standing on the platform , but of the One whom we worship.

It’s You (Eres Tú): A song that invites us to exalt God